Rob Papen has announced an update of B.I.T., an analog modeled synthesizer instrument for Windows and Mac. 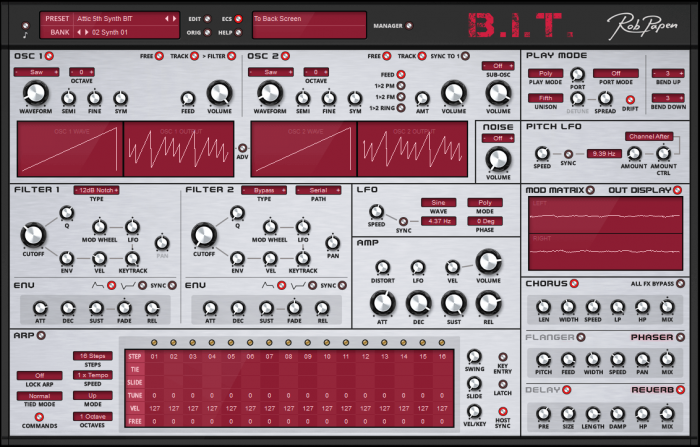 The update adds NI NKS support, and 41 new presets have been added in the JoMal 01- Bank folder.

Instead of combining the best of analog modeling with hybrid synthesis, which we can see with the other Rob Papen synthesizers, B.I.T. focuses on Analogue Modelled Synthesis.

Why this move you might think? The idea behind it is that the classic analog type of synthesis has its own charm and simply has not yet been covered by the Rob Papen brand. So, no spectrum waveforms, or samples inside B.I.T. nope, it is pure ‘Analogue Modelled’ synthesis.

Although B.I.T. has no patch cables, it is modular by all means! The Modulation Matrix is used for the patching, however, also included is the smart ‘advanced’ panel below the Oscillators. With these advanced features (accessed by switching the ADV switch), you can quickly make several connections such as LFO and Envelope to the Oscillator parameters inside of B.I.T.

B.I.T. (VST/AU/AAX) is available from Rob Papen and distributor Plugin Boutique for $99 USD.