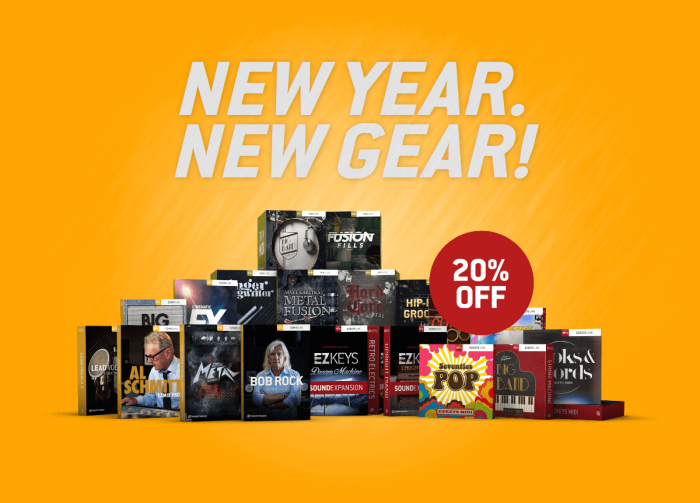 The drum MIDI packs for use with the EZdrummer and Superior Drummer virtual instruments include popular titles such as Backbeats MIDI, Hip-Hop Grooves MIDI, Matt Garstka’s Metal Fusion, and Basic Rock Fills MIDI.

Expand your Toontrack EZmix with new professional mix and mastering presets designed by some of the worlds leading mix engineers and producers, including Al Schmitt, Andy Sneap, Colin Richardson, and Bob Rock to name a few.

EZkeys users can get piano and keyboard MIDI at a 20% discount, including Dream Pop, Jazz Ballads, New Wave, Country Pop, Hooks & Chords, and many more collections.

And if you’d like to expand your EZkeys with another library you can save 20% on a purchase of the Sound Expansion as well.

The Toontrack EZkeys Sound Expansion allows you to expand your existing EZkeys sound library with any other EZkeys library for a reduced price!

The offers are valid for the remainder of February 2020.