Sinevibes has announced version 1.4 of Fraction, the audio slicing workstation plugin for Mac that allows for deep on-the-fly remixing and mangling of sound. 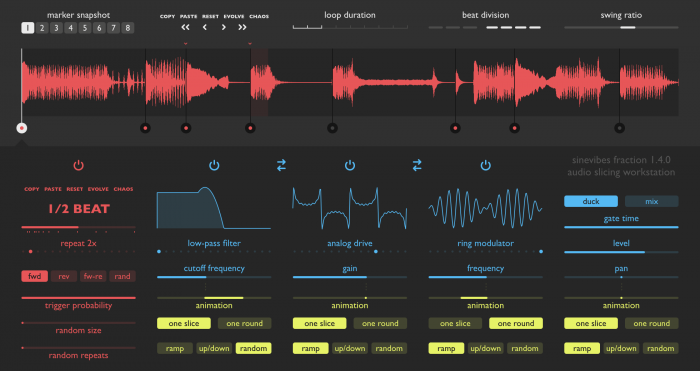 The update is free for all existing users. A new demo video has also been released, showing Fraction’s capabilities when used with Elektron Digitakt.

Fraction and the Complete Collection are available from Sinevibes and distributor Plugin Boutique.

Heavyocity releases Scoring Guitars 2 for Kontakt Player at 20% OFF