Soniccouture has announced version 2.0 of the Skiddaw Stones, a Kontakt instrument library featuring the sounds of a tuned set of 61 ancient rocks from Cumbria. 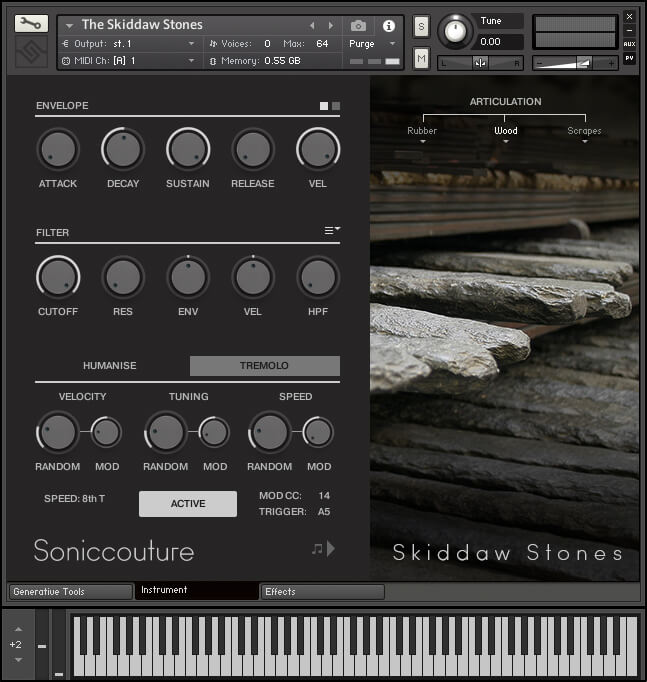 A Lithophone dating from 1840, The Skiddaw Stones are composed of 61 tuned and shaped rocks, made from rare hornfels stone, found in Cumbria, England. Hornfels is said to have a superior tone and longer ring than the more commonly used slate.

Two different sets of mallets were used to laboriously capture large sets of velocity hits, then an extra articulation was recorded – the sound of the head of the wooden mallet being scraped across the stone surface – a surprisingly haunting and resonant sound.

The result is a truly bewitching instrument, one that sounds truly ancient, even older than it is. Totally unique rock music.

The Skiddaw Stones V2 is on sale at a 40% intro discount off the regular price of £89 GBP until June 14th, 2018. Use coupon code HORNFELLS at checkout.

Last call to save 69% off Voyager Drums by Best Service