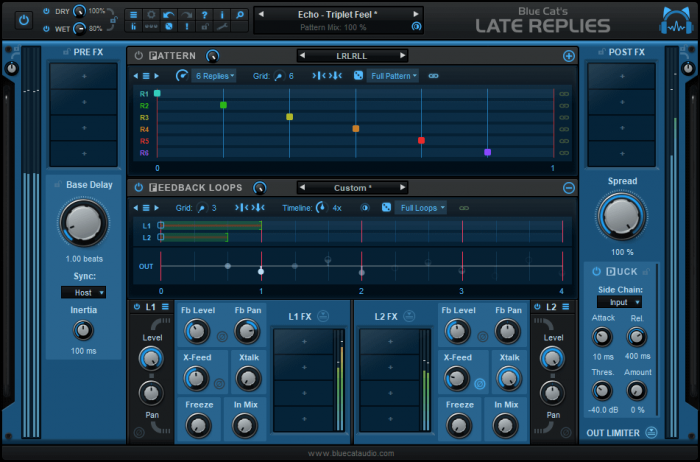 Blue Cat’s Late Replies is a powerful delay and multi effects plug-in that can be indefinitely extended by hosting third party VST, VST3 or AU plug-ins anywhere in the signal path.

With its unique topology, the plug-in is a full-featured delay machine with unlimited powers: both the 8 taps pattern module and the two nested feedback loops include plug-in slots that can host built-in effects or third party plug-ins.

The update is available to existing customers as a free download. New customers can purchase a license at Blue Cat Audio and distributor Plugin Boutique, priced at 129 EUR.