Sound Dust has announced the release of Cloud Cello, a new take on an old instrument using unlikely bowing materials and techniques to make entirely new sounds that go from huge ‘superwave’ pads to intimate and delicate solos. 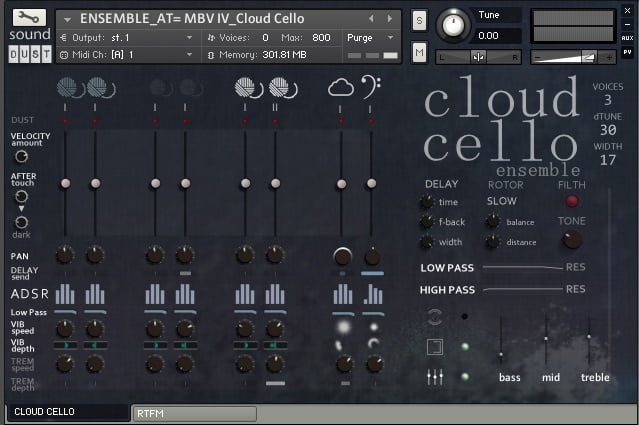 Cloud Cello is the big brother (or sister, if you like) of the Cloud Viola. She’s a deeply multisampled hybrid Kontakt sample library created from a ordinary 17th century classical stringed instrument, but played and recorded in an extra-ordinary way.

Cloud Cello opens up new orchestral-ish, cinematic tones and textures that sound both familiar and alien….in a good way.

Cloud Cello is available for purchase at an introductory 20% discount until June 26th, 2015. Use code ANTICYCLONE at checkout.