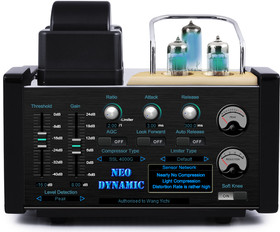 Neo Dynamic is based on Sound Magic Award Winning Modeling Technology. This makes Neo Dynamic more like a sampler than typical compressors and limiters. It embodies several algorithms (such as sample sets) that make this plug-in easy to expand and extend with new compressors/limiters models in the future.

Neo Dynamic starts with 10 compressors/limiters, modelled after famous brand names such as SSL, API and TubeTech. Each of these has their own famous “flavors” ready to use.

Neo Dynamic is available for Windows as a VST effect plug-in and Magic Pianos add-on, priced at 49 EUR.