Soundlib has released version 2.1 of G-Player, a Gigastudio file player instrument for Windows and Mac. 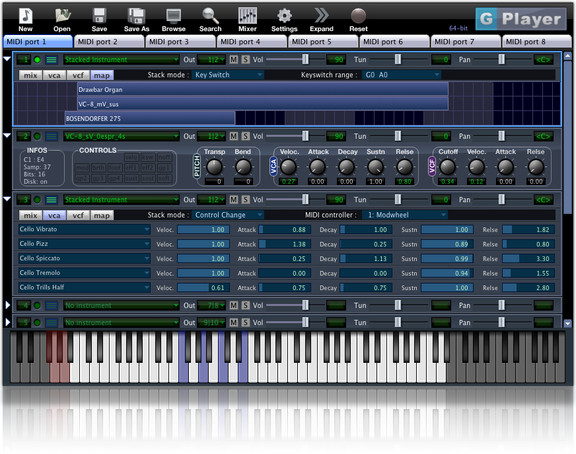 Forget converting and importing with random results. Save time and disk space. G-Player plays all your Gigastudio™ sound libraries without any conversion. G-Player was designed to play the large orchestral sound libraries and supports disk streaming, dimensions, keyswitches and layered instruments.

The update is free for all existing users and can be downloaded from the user area at the Soundlib web site.