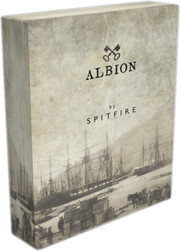 Made from a totally new set of samples recorded in May and June 2011 at Air-Studios Lyndhurst Hall, ALBION is the most exciting addition to Spitfire’s commercial range to date. A one-stop-shop of thundering orchestral delights….

Spitfire Audio has also announced the first upgrade pack for Albion which will be made available to download in approximately 2 months time. Albion V3 will feature not only improved functionality but also a raft of totally new content. Including: Albion 2 for Kontakt is available to purchase for £349 GBP. The new content and added functionality in version 3 will be available to Albion users at no cost.