Submersible Music has announced it is now shipping DrumCore 3, a drum instrument which combines audio loops and MIDI for versatility and authenticity. 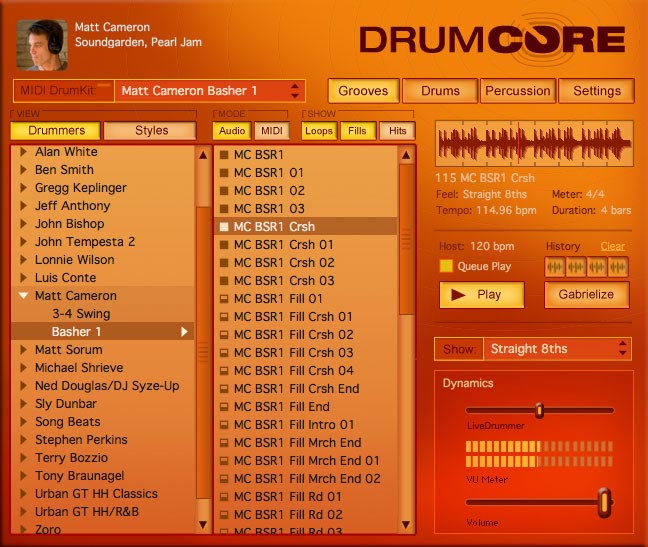 DrumCore 3 sports a new “Sunburst Finish” user interface, over twice as much content and is now a plug-in! DrumCore gives songwriters and composers access to grooves and instrument sounds of over a dozen famous drummers and percussionists. It includes a library of both audio loops and MIDI grooves plus a software drum instrument for Mac® and PC. DrumCore covers a multitude of styles – including rock, blues, country, metal, prog, alt-rock, pop, jazz, urban, funk, Latin, reggae and others.