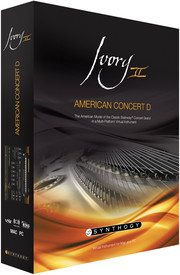 This particular New York Steinway D has the designation “CD 121” signifying that it was selected by Steinway & Sons for artist promotion and concert hall specification. The instrument has an exceptionally pure and clear tone, a remarkably expressive dynamic range and has been described by many artists as among the finest they’ve ever played. In fact, the plate of this particular piano is signed by pianists Glenn Gould and Rudolf Serkin, a testament of high praise for the instrument by two of the world’s great masters.

The piano was recorded in the Françoys-Bernier Concert Hall at Le Domaine Forget in the Charlevoix region of Quebec. This is the same hall where Ivory’s acclaimed German Steinway was recorded, and also by the same recording and technical team.