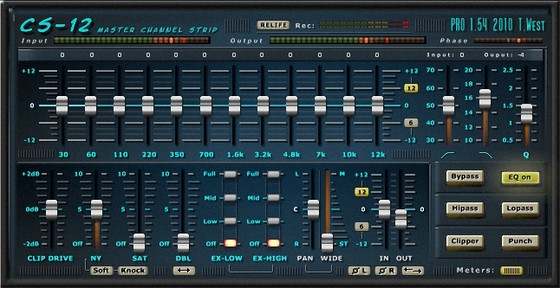 Note: CS12 “horizontal” version has been dropped, there will be one version from now on. SE was used for the gui, EQ processing external.

CS-12 is available to download as a free VST effect plug-in for Windows PC.