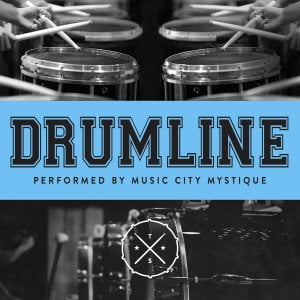 That Sound has announced the release of Drumline, a drum library that contains classic tight marching snares, pitched tonal basses, multi-tenor drums, and hand cymbals that give you ultra realistic marching band drumline in your tracks.

Isn’t it everybody’s dream to hear their music alongside the sounds of a real drumline? We spent long hours with six of the best composers and instructors from the 7-time world champion, Music City Mystique drum corps to construct the most comprehensive drum sample library of its kind.

These high-powered drum corps samples, loops and presets are sure to take your music to the next level.

Drumline Deluxe is available for purchase for $45 USD until December 5th, 2015 (regular $55 USD). A free sample pack with sounds compiled from the ORGANIC, 1985, Future Drums, Paul Mabury, and Elements packs is included during the sale.
The Standard pack costs $45 USD and Loops Only and Samples Only packs are $35 USD each.