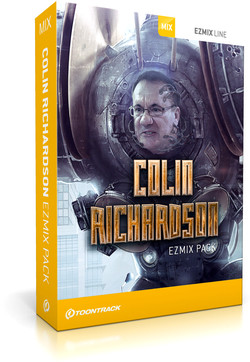 Toontrack has announced the release of the Colin Richardson EZmix Pack, the third product for the company’s annual Metal Month.

This collection of mix tools for EZmix 2 was designed by Richardson himself and based on the sounds and techniques he’s learned to master over the past few decades producing the likes of Slipknot, Machine and many others. ”I wanted to create a toolbox based on overcoming the usual hurdles in a mix”, he comments.

Get his raw, pummeling rhythm guitar tones. The soaring leads, ambient clean settings and special effects. The thick, in-your-face bass amp simulations and an array of tools for drums, vocals and keyboards. This EZmix Pack covers the ins and outs of metal mixing and has all the tools to take your next metal song from rough demo to finished, mixed track ready to hit the airwaves.

The Colin Richardson EZmix Pack is available for purchase for 39 EUR.