Toontrack has announced the launch of this year’s Holiday Deal Week, a special holiday campaign where one new deal is announced each day at 2pm CET and remain active for 24 hours. 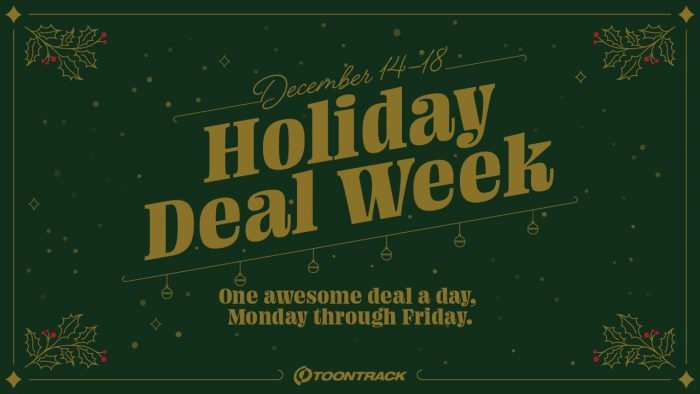 Toontrack EZkeys Cinematic Grand is a prepared piano based on a classic Bösendorfer from 1891 – a traditional instrument that’s had its sound altered by objects placed on or between the strings. But in this case, that’s simplifying too much.

And of course, with Toontrack’s EZkeys software, you don’t have to be a piano player to put together a professional sounding piano part. Want to transpose the key for a song or section? It’s easy! Experiment with different chords and progressions? Simple!