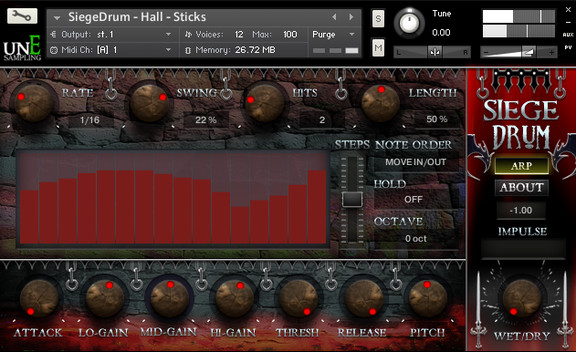 Whether a dragon is attacking a town, or a squad of archers are releasing a hellfire of arrows on to a castle… SIEGE DRUM should be in your composing arsenal to help up the drama of your music! Our third release brings a cost effective set of cinematic / epic drum multisamples to your composing palette perfect for your next film or game score.

For SIEGE DRUM we have recorded a large 13 x 13 Medieval Davul Drum in both a studio setting for extremely dry recordings as well as in an old late 19th century hall built in 1896 giving the recordings a very unique and nice sense of space.

The library costs $39 USD. A 30% introductory discount is offered for the first week.