Impact Soundworks has launched the fourth title in its Ventus Ethnic Winds series for Native Instruments Kontakt. Pan Flutes is performed by Josh Plotner and features the evocative, breathy sounds of the Romanian Nai pan flute and haunting tones of the Andean Toyo bass pan flute. 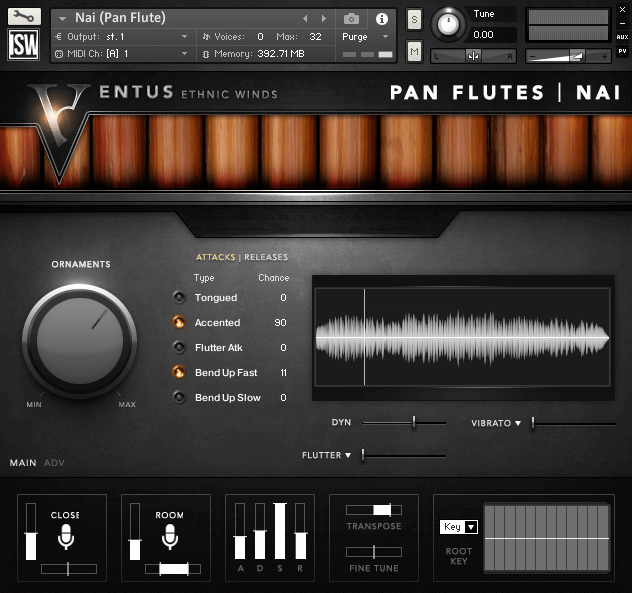 Pan flutes (or pan pipes) are instruments that developed independently all over the world, featuring tuned pipes or tubes created from various kinds of wood or reed. For our library, we sampled the versatile Romanian nai, whose beautiful and breathy tone is instantly recognizable from countless film scores and albums. The nai offers a fairly large pitch range compared to many pan flutes, making it ideal as both a melodic and accompanying instrument for many styles.

We paired this instrument with a pan flute from an entirely different region – the powerful, bassy toyo, originating in the Andean Peru and Bolivia. So large is the toyo that it was traditionally played by two people; these performers (usually women), would become musically bonded and play only with each other. The toyo belongs to a greater family of pan flutes known as siku, which in turn gives its name to the musical genre known as sikuri.

These two flutes were a perfect fit for the Ventus series. Their bright, breathy tones can easily be used for soft and ambient music, but they are also capable of extremely bright and agile playing as well with sharp staccatos, pops, and tongued notes. The majesty of pan flutes is particularly suited for music evoking nature, wind, sky, and sea.

Pan Flutes for Kontakt 5.5.2 or higher (full version) is available for purchase for $99 USD. Owners of other Ventus volumes can crossgrade for up to $30 USD off from their Deals area at Impact Soundworks.