Sound Particles has launched a brand new audio plugin that uses the intensity of a sound to control its movement.

From traditional stereo to immersive, Energy Panner enables artists to add dynamic depth to their panning techniques without any effort or additional routing. 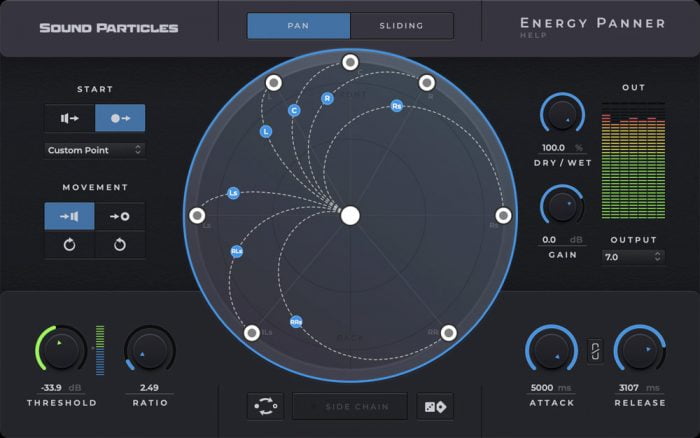 With Energy Panner, the sound intensity controls the panner, creating movement that reacts to sound. Imagine drums moving at the beat, synth notes that move on attack, among many other behaviours. From music to audio post, from stereo to Dolby Atmos, Energy Panner is a plugin that you definitely want in your toolset.

The plugin is available in VST/VST3, AU/AUv3, and AAX formats for Windows and Mac. It is on sale at Plugin Boutique at an introductory price of $39 USD until January 31st. The regular price if $49 USD.

Realphones plugin for mixing with headphones updated to v1.6