EarMaster has announced that its best-selling app for music theory and ear training practice is now available on iPhone, alongside iPad and desktop versions. 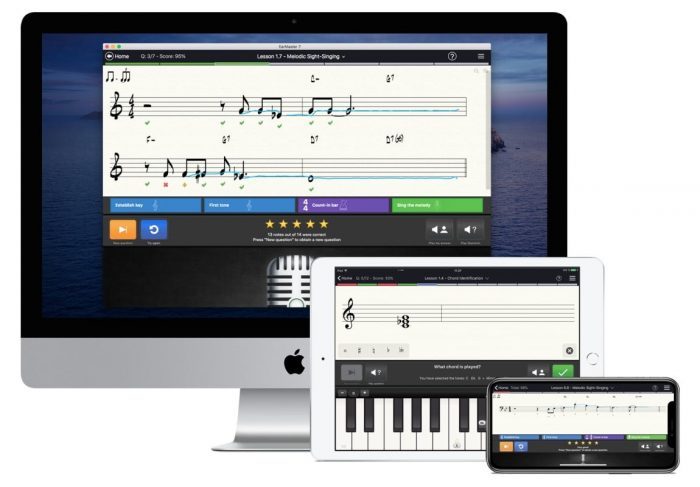 EarMaster has been around since 1996, first as a Windows-only program, then later on Mac and then iPad. It is considered as the reference in its field and used by music students, professionals and amateur musicians in most countries.

”Bringing EarMaster to the iPhone has been a long-time dream, so we’re really happy that it turned out so great. Not only did we port the EarMaster name to the smaller Apple devices, but we even managed to take the full power of the desktop and iPad Apps along with it, making it by far the most comprehensive music learning App on iPhone”, says Hans Lavdal Jakobsen, CEO of EarMaster.

With this new iPhone version come new features that the whole line of EarMaster Apps will benefit from, including redesigned icons, a new high-quality piano sound, and many under-the-hood improvements.

The iPhone version of EarMaster is compatible with EarMaster Cloud, an educational cloud solution used by thousands of music schools worldwide, including leading institutions such as Berklee College of Music (USA), the SAE (Australia), École ATLA (France), or ELAM (UK).

EarMaster can be downloaded on iPhone and iPad for free. The free version comes with core content and the rest of the App can be unlocked by purchasing workshops and courses as in-app purchases from 1.99 USD/EUR and up, or by subscribing to EarMaster’s monthly subscription for 2.99 EUR/USD.