iZotope has announced an update to the Ozone 9 audio mastering suite, introducing various fixes and improvements requested by users, including improved support for MacOS Catalina. 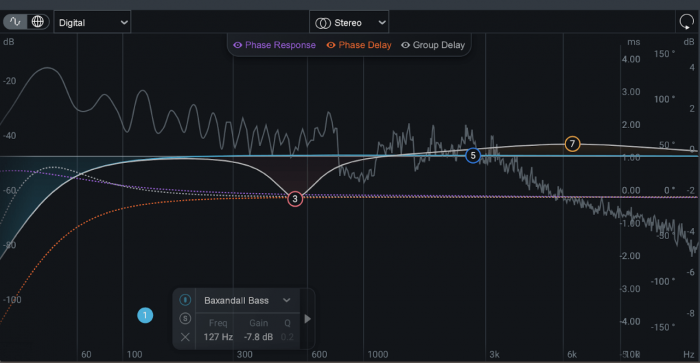 When enabled from the preferences menu, it gives you a picture of how your EQ adjustments affect the phase of your audio. In mastering, changes in phase introduced by EQs can have ramifications across the mix and can translate into unwanted artifacts.

The “Show Extra Curves” view will give you an idea of just how much phase alteration you can expect based on the gain of your EQ node. Refer to the Ozone 9 user guide for more information on how to view the different types of curves.

Extra headroom has been added to Master Rebalance, bringing the maximum absolute value to nine. Although best used in surgical increments (1 dB is enough, 3 dB is plenty, 6 dB is usually pretty drastic), this extra dB gives you the freedom to go nuts and push things a little too far.

A subtle but important fix users have been asking for, you can now “text scrub” in Ozone 9 just like in previous versions. This is useful if you want to make small adjustments to the gain of an EQ node and not change its frequency, or vice versa. The controls “lock” in place when you’re adjusting, keeping your field of view clear while evaluating your moves.

As part of a “Mix & Master Month” sale, Ozone 9 is available from iZotope and distributor Plugin Boutique at discounts of up to 77% off, including updates and crossgrades. Prices are starting from $29 USD.