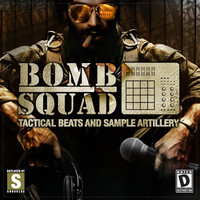 Loopmasters are proud to announce that we’ve joined up with Hank Shocklee of the legendary Bomb Squad and we’ll be adding him to our ever growing list of talent to the Artist Series very soon!

“BOMB SQUAD: Tactical Beats And Sample Artillery” will contain a massive array of over 800MB of original BOMB SQUAD audio samples exclusively sound designed and engineered by Shocklee for Loopmasters – hits, loops, beats, bass and the trademark noise Shocklee is well famous for.

With a unique twist, this will be FOLLOWED by a BOMB SQUAD solo album titled “Future Frequency” later this fall. The album will consist of the very sounds you’ll hear in the sample pack! That’s right, with the sample pack, you’ll be the first to hear the sounds used in the forthcoming album.