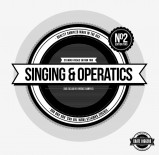 This pack takes off where Volume 1 left off, with melodic vocal lines – both solo and layered – that will find fans among producers in need of authentic vinyl-inspired vox, irrespective of genre.

Cylinder Vocals: Singing & Operatics is available to purchase for €17.95 EUR.