TC Electronic has announced two new modules in its range of hardware controlled plug-ins: a stereo expander / modulation unit and a main reverb for pro and home studios. 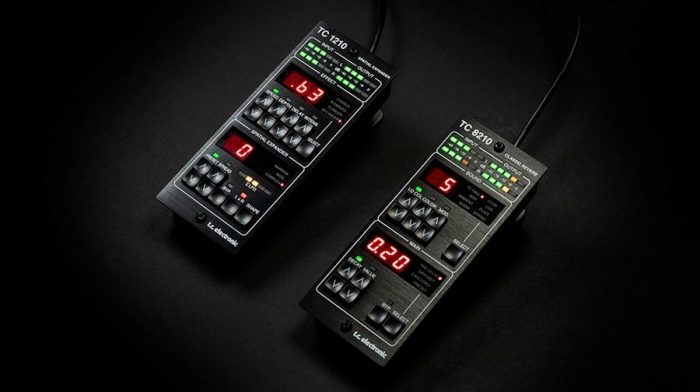 Both sport the same combination of tactile controls and DAW integration debuted with the Danish audio company’s recent TC2290 and DVR250, but with smaller footprints.

The new TC1210-DT is a thorough recreation of the iconic rack unit, the TC 1210 Spatial Expander + Stereo Chorus Flanger, a staple among guitarists and sound engineers since the 80s. 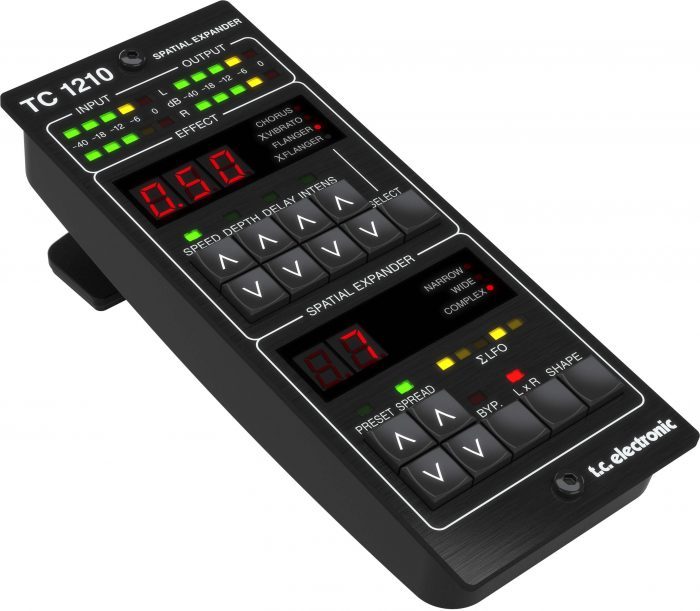 “We’ve put a lot of time and love into recreating the 1210 with the same sound, the same feel, but with updated controls to fit in with a modern DAW-based workflow,” says Leon Mortensen, TC Electronic’s R&D manager.

“To make sure the sound, versatility and tone is on par, we’ve even had a group of studio pros and long-time 1210 users participate in the development of the unit alongside our in-house team.”

New module on the block, the TC8210-DT is an all-new design, but with a tone and character which will be familiar to the many musicians and engineers, who have relied on classic clean and pristine TC reverbs.

Based on TC Electronic’s reverb philosophy of natural and transparent air, TC8210-DT is the successor to popular reverbs known from the System 6000, TC’s studio workhorse, and the acclaimed Hall of Fame guitar pedals. 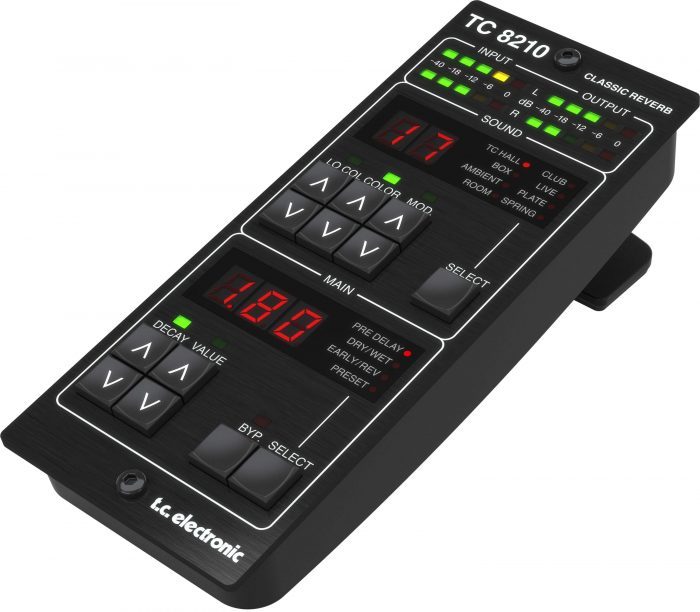 “But with its even denser tails, better diffusion and refined hyper realistic room impressions that make the reverb sit better in the mix, the 8210 really takes natural ambience to the next level,” adds Mortensen.

With now four units to the series, TC Electronic reveal that they aim at designing a full range of modules that encompass any and all aspects of studio production, as well as a custom “docking station” to house and power the units.

“We want the TC ICON series to grow into an entire ecosystem of state-of-the-art effects and tools, that bring back the creativity and joy of hands-on tweaking,” says Mortensen.

Alongside the announcement of the two new modules, TC Electronic are responding to numerous user requests by extending the “travel period” of the units, so musicians and producers can take their work on the road for a full 60 days, before they need to reconnect the module to their computer.