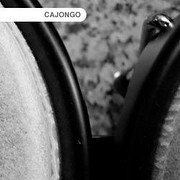 Tonehammer has released Cajongo, a detailed ensemble and solo Cajon and Bongo sample library for Kontakt.

The history behind the Tonehammer Cajongo (combination of Cajon and Bongo) is actually one of darkness and despair.

The Slaves of West and Central African origin are considered to be the origin of the Cajon drum, which is essentially a wooden box with a thin sheet of wood nailed on as the sixth side acting as the striking surface. The Cajon is a highly featured instrument in Cuban music, which also traditionally contains the bongo. The Bongo was also brought from Africa to Cuba by the slaves and both are often featured in salsa, rumba, changui and other traditional styles. The modern adaptation of the Cajon is often found in Spanish flamenco music, however this is a relatively new introduction. The Cajon was introduced by the flamenco master, Paco De Lucia during the 1970s and is now a common instrument in Spanish guitar music.

Cajongo is available for purchase for the introductory price of $59 until September 7, 2009 (regular price $79 USD).