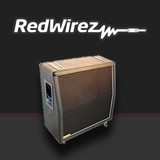 RedWirez has released a free impulse library of a Marshall 1960A with Celestion G12M 25-watt Greenbacks.

Ah, the legendary Marshall 1960A. Pretty, ain’t it? With its grill-cloth glistening in the bar-light as this beast muscles out power chords in an amaranthine haze of smoke, hot lights and adoring fans… this cab positively reeks of rock… the raucous, beer-soaked, unapologetic kind. Oh, and it sounds great, too.

It was the first cab we ever sampled and is still one of our favorites, so it seems fitting to release these IRs into the wild on Redwirez’ birthday.